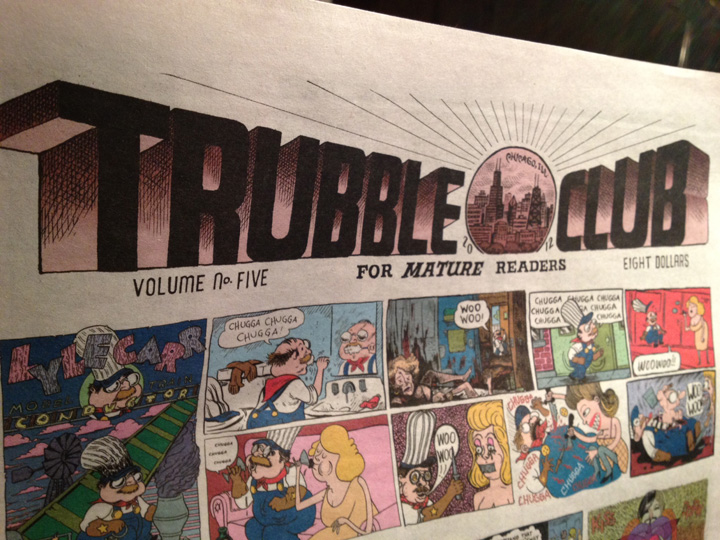 Jo is also part of the newest issue of Chicago's Trubble Club, along with Little Otsu favorites Lilli Carre and Jeremy Tinder (among many more). They're having a release party the same night, so swing on by afterwards. Jo made a new screen-printed comic and there should be stickers and other goodies as well. The issue looks really great--it should be a lot of fun!